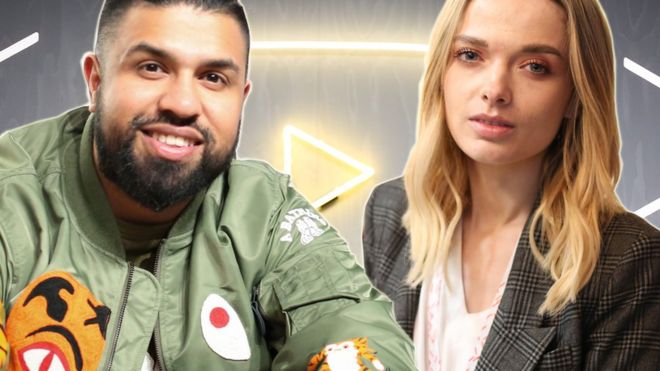 YouTubers say controversial characters like Logan Paul detract from the good work they do online.

“It’s disappointing to not see any of the good things championed,” she tells Newsbeat.

The Brit is annoyed a campaign raising over £700,000 for Mexico earthquake victims got little media interest.

She’s part of YouTube’s Creators For Change programme, which aims to inspire creators who share positive messages through their videos.

Em talks about make-up with her million subscribers for My Pale Skin, but it’s showing her struggle with acne that inspires her followers.

“You could look at my channel and say I just review foundations or talk about face masks,” she says.

“When you have acne, that foundation is the one thing that can give you back the control that acne has stripped away from you and make you feel better about yourself.”

“I will keep posting pictures of my face and I will keep encouraging other women to post pictures of their faces regardless of pigmentation, colour or whatever society issue is going on there, until it becomes normal,” she adds.

Both Em and Humza Arshad, who has close to 400,000 subscribers on his Humza Productions channel, say that despite a lack of media coverage for some positive efforts by YouTubers, the impact is seen in the response to their posts.

Humza posts mostly comedy videos but one of his most watched clips is a hard-hitting piece on Islamophobia in the UK.

It has been watched more than a million times across the world.

“It took me maybe 5 or 10 minutes to write but it came from the heart,” Humza tells Newsbeat.

“Because it was real, it was authentic, I knew a lot of people would relate and react to it.”

Humza has tried to put a message in all his YouTube videos since he started uploading comedy sketches about a wannabe gangster called Diary Of A Badman.

“I wanted to do videos that were funny and made people laugh but think at the same time,” he says.

“I thought it was very important to leave a positive message and not just do pointless comedy.”

Humza says YouTubers like him, Em and others working to promote positive messages can “genuinely change a life,” and believes even Logan Paul’s controversial video prompted a positive discussion about suicide.

And Em says that the success she has found on YouTube goes against modern stigma against young people and how they rely on technology and social media.

“There’s this stigma that young people are just glued to their phones, YouTube or TV all day long,” she says.

“When I was 24 I started a company through my phone.