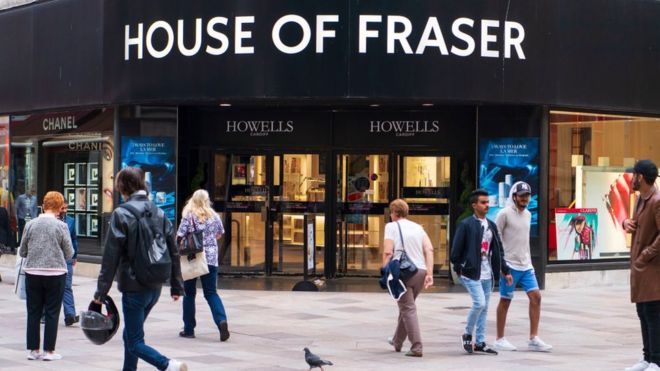 The future of House of Fraser has been thrown into doubt after its potential new owner walked away from a rescue.

C.banner, which owns the toy store Hamley’s, had planned to take control of the struggling department store chain and inject £70m of cash.

However, the Chinese firm said it would no longer proceed with its investment, plunging House of Fraser into crisis.

House of Fraser agreed a controversial restructuring deal with its landlords in June to cut stores and save money. A legal challenge contesting the process has been made by landlords.

Andrew Busby, of the consultancy Retail Reflections, said the proposed rescue deal had “always been on fairly shaky ground” and its collapse did not surprise him.

The chain’s only chance of survival could be some type of merger with rival Debenhams. “House of Debenhams is becoming more and more of a reality – that’s the best outcome for House of Fraser,” he said.

“Unless you are Harrods or Selfridges the department store concept is not quite dead, but severely challenged.” 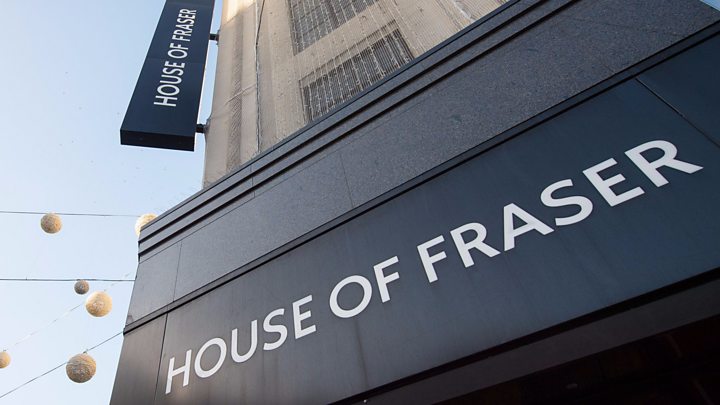 C.banner had been planning to raise the money needed to invest in House of Fraser by issuing new shares.

However, the Hong Kong-listed company’s shares have fallen by 70% in the past two months and it issued a profit warning on Wednesday.

In a statement to the Hong Kong stock exchange, C.banner said the share placing had been “rendered impracticable and inadvisable” and the agreement was therefore being terminated immediately.

In response, House of Fraser said it was in talks with other investors and was exploring other financing options: “Discussions are ongoing and a further announcement will be made as and when appropriate.”

The loss-making department store chain is now understood to be talking to new potential buyers.

On Monday, it emerged that House of Fraser had been approached by Sports Direct founder Mike Ashley over a fresh investment deal.

He controls an 11.1% stake in House of Fraser and a near-30% stake in Debenhams.