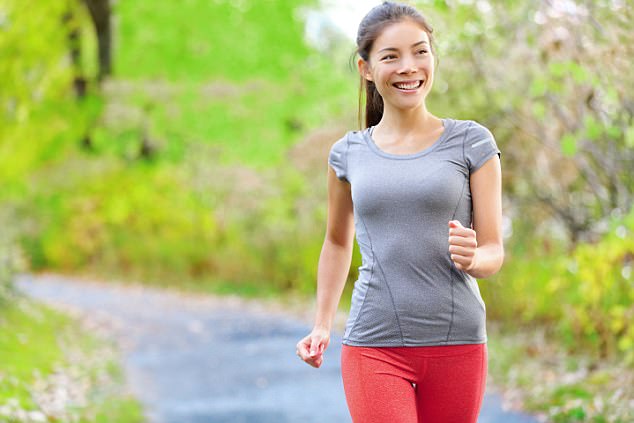 The mere act of putting one foot in front of the other for a few minutes can significantly boost our mood, a study has discovered.

And it doesn’t matter where we do it, why we do it, who we do it with, or what effect we expect the walk to have.

Psychologists say the happiness-causing effects arise from the actual physical movement which is connected to how we evolved to move to find food and other rewards.

The researchers say their study is the first to show this by stripping away all the many factors associated with exercise – such as getting fresh air, being in nature and the satisfaction of reaching fitness goals.

Essentially, ‘movement not only causes increased positive affect [emotional feelings] … but movement partially embodies, or in a sense reflects, positive affect,’ the study authors from The Iowa State University wrote in the paper published in the journal Emotion.

How the research was carried out

Across three studies, the team tested hundreds of undergraduate students who were not aware of the true aims of the research to avoid biased answers.

This was compared to another group who sat and looking at photographs of the same campus tour, or watched a video of the same building interior tour.

In a second study, positive mood effects were also found even when researchers induced ‘dread’ in the participants before their walk, by instructing them that after the walk they had to write a two-page essay afterwards.

In the final study, students spent 10 minutes watching a Saatchi Gallery video alone, one, in three groups who were either sitting, standing or walking on a treadmill.

Once again, at the end, the students who’d spent time walking reported more positive mood scores than those who had been sitting or standing.

Authors Jeffrey Miller and Zlatan Krizan wrote: ‘People may underestimate the extent to which just getting off their couch and going for a walk will benefit their mood as they focus on momentarily perceived barriers rather than eventual mood benefits.’