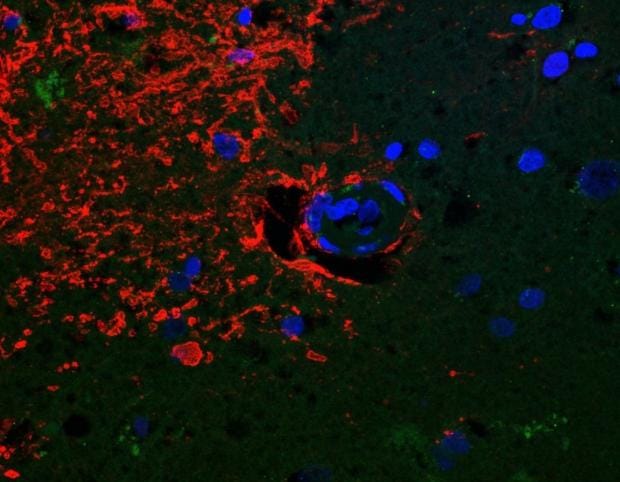 Genetic variations linked to illnesses less likely to endure in people who live longer, who in turn are more likely to pass on their genes, new research suggests.

Genes linked to Alzheimer’s disease, asthma and high cholesterol are being “weeded out” by natural selection, a study has found.

Scientists at Cambridge and Colombia universities discovered that genetic variations associated with these illnesses were less common in people who lived longer.

Those who survive to an older age are more likely to successfully pass on their genes than people who die relatively young, the researchers said, and therefore these traits for good health become more common in the human gene pool.

The study, published in the journal PLOS Biology, suggested that natural selection is slowly eliminating negative traits to adapt to our changing lifestyle.

It said even genetic variants with late onset effects, such as those linked to Alzheimer’s, were being “weeded out”.

“It’s a subtle signal, but we find genetic evidence that natural selection is happening in modern human populations,” said Joseph Pickrell, one of the study’s authors.

In theory, illnesses such as Alzheimer’s could be wiped out of the human species within a few thousand years.

The team studied the genetic make-up of 150,000 Britons and 60,000 Americans to analyse human evolution.

It also discovered that people who were genetically pre-disposed to hitting puberty later and those who had their first child later in life were living longer.

The researchers said traits linked to longer lifespans now may not be useful in the future as conditions change.

To better understand genetic mutations and why they arise, researchers will need to study “millions of samples in the pipeline”, they said.